In some places, tuk tuks are better for getting around. So why not share them? Join the movement #tuktuksharing #hopsee 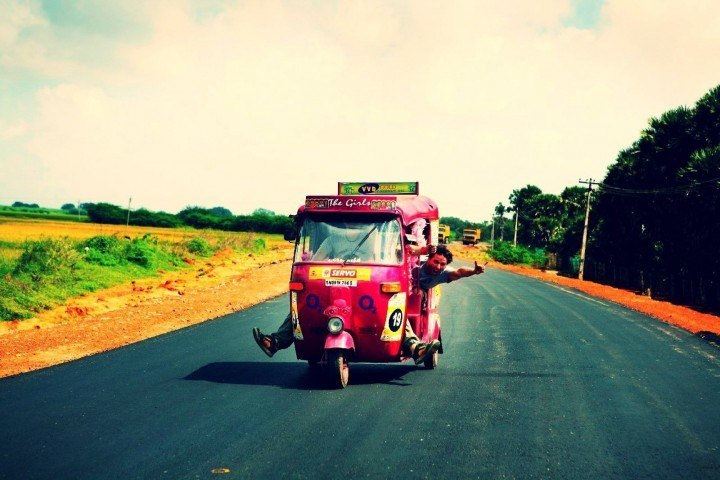 Lahore, Pakistan’s second-largest city, is notorious for its frenetic traffic and limited public transport options. The sprawling urban center is home to an estimated 7 million residents, but taxis are scarce and buses overcrowded. The city is filled by tuk-tuks (rickshaws in the local parlance), an estimated 500,000 of which ply the city’s roads. These three-wheelers offer a quick and cost-effective way of getting around, navigating effortlessly through traffic gridlocks. And, just like any other large industry, it’s ripe for disruption.

Startups trying to solve the problem of effective transportation in Pakistan have so far focused on hailing taxis and ride-sharing in private cars, but now Travly is trying to bring tuk-tuks into the mix. Shahmir Khan, CEO of Travly, tells Tech in Asia that the decision to focus on this segment came after mentors and peers impressed upon him the importance of having multiple ground transportation options. 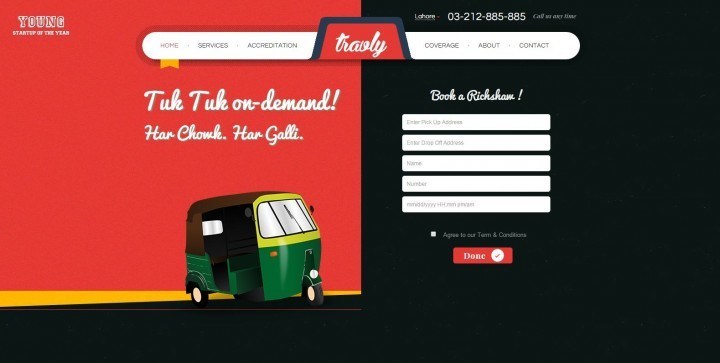 Ties in to smartphone boom

Travly, which started up in 2013 after incubation in Lahore-based Plan9, was initially designed to be a smart route planner. It allowed users to find bus stops near their location, input a destination, and get suggested routes. Since then the team has pivoted the model a few times, but Shahmir says their core vision of reducing inefficiencies in the public transportation space remains as is.

The most recent pivot came after the startup participated in the Challenge Cup global finals in Washington DC in May. Once the team returned to Pakistan, they immediately started exploring whether the idea of aggregating tuk-tuks in an Uber-esque way held potential. 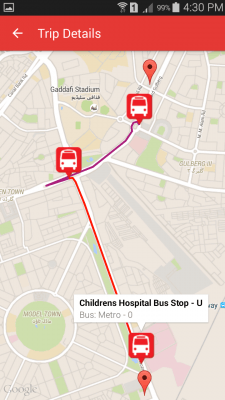 Shahmir says their research was an eye-opener. Over 30 percent of the rickshaw drivers in Pakistan they spoke to had a smartphone and were using apps such as Viber and WhatsApp – meaning they were comfortable interacting with tech. They decided to plough ahead after understanding that this sector needed to be empowered – drivers had difficulty finding commuters and too much time was wasted in haggling rates. They could build a viable business model just by breaking down barriers to information.

Earlier this week, Travly launched its on-demand tuk-tuk service. It serves only a few select areas of Lahore but there are plans to cover the entire city as well as move to other locations. Users can request a ride either through the Android app, website, or by calling a local number. A member of the team will process the request and relay the information to the closest tuk-tuk. So far approximately 70 drivers have signed up with Travly.

While the entire process isn’t fully automated yet as it requires back-end support from a customer service rep, he says they’re trying to implement it in the future. Only cash payments are accepted at the moment.

Although it’s early days, demand has spiked considerably. “We’re overwhelmed with requests,” Shahmir notes. “Some customers are requesting rides at 2 or 3 AM, and we’re catering to them around the clock.”