Having Your Own Theme Park

You ever think about having an entire theme park or maybe an island to yourself? Well now you can with Spacemarket in Japan! Join the movement #renttheworld #hopsee 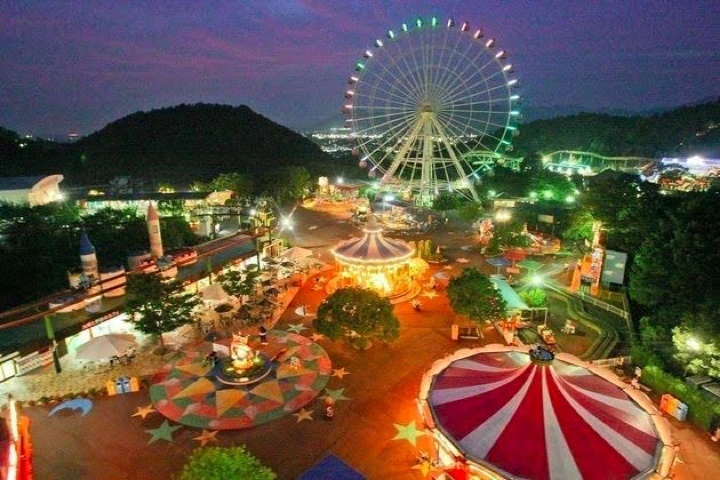 Do you remember being a kid, giddy with excitement as you rode the school bus to an amusement park for a class trip? That is, until you made it through the ticket gates and saw the lines. Lines, lines, lines! How cool would it be, you probably thought, if I could have this whole place to myself for a day?

A Tokyo startup can make that dream a reality. Spacemarket is an Airbnb for event spaces that emphasizes unique venues far beyond your standard banquet hall – like a private island or, yes, an entire theme park.

Japan Monkey Park (pictured above), a theme park near Nagoya, can be all yours for two hours if you cough up JPY 3 million (US$24,000). The venue’s listing states that it can accommodate up to 10,000 people – but who needs friends when you have unlimited access to the rides?

The private island – Sarushima, literally “Monkey Island” in Japanese (no relation to the theme park) – is located just a 15-minute boat ride from the port city of Yokosuka. It’s only available from December through February, but hey, it’s a private island that you can rent. No price is specified, but the venue is good for 1,000 guests.

They represent just two of thousands of venues that the startup has on offer.

Within Photo Create, Daisuke established an additional web service that planned wedding photo shoots at interesting locations. It became a big hit, but also opened his eyes to a completely new opportunity. 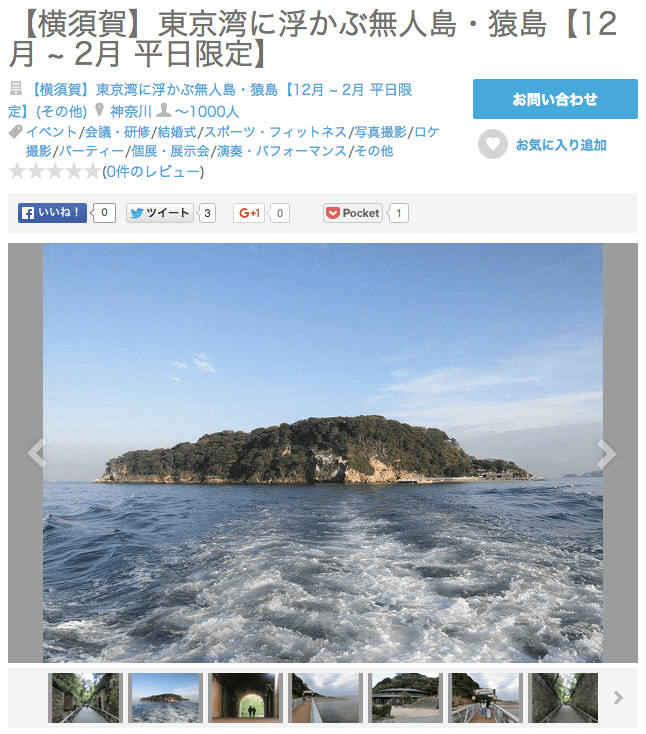 “I found that there were many beautiful wedding photo locations with idle time on weekdays,” Daisuke tells Tech in Asia. “I also came across a lot of companies that wanted to try different settings for their conferences and meetings, and realized that I could create a platform that matches them together.”

Whether you want to throw a low-key birthday party or host a large-scale conference, renting a venue in Japan almost always begins with a phone call or a formal face-to-face meeting. Moving that archaic process online saves time and frustration – it’s a simple concept that has yet to be fully embraced by the Japanese.

“Although several companies are promoting meeting rooms or restaurants online, the type of venues are limited and there’s no way to match a user’s needs to an available space,” Daisuke says.

Money in the bank

Along with co-founder Shinichiro Suzuki, the former lead engineer at Yahoo Japan, the pair launched Spacemarket in January 2014. Since then, the startup has provided more than 2,000 “experiences” to its users. Daisuke wouldn’t divulge exact revenue figures or commission percentages, but says the startup is earning “tens of millions of yen” (JPY 10 million is roughly US$81,000) a month. The Spacemarket team. Daisuke is front and center, with Shinichiro behind him on the right.

The startup has managed to attract more than 4,000 venues thanks to cold sales calls, Daisuke’s personal network, and help from a pair of high-profile domestic investors. Its website also allows venue operators to self-register.

Spacemarket raised JPY 93 million (US$755,000) in seed funding from CyberAgent Ventures and Mizuho Capital back in October 2014 and is currently in the midst of raising a series A round, expected to close in the first half of next year.

Except for the baseball stadium (Coca Cola Field in Allentown, Pennsylvania), the startup’s rental spaces are located in Japan. Daisuke hopes to scale the business to Southeast Asia – particularly Singapore and Indonesia – and eventually the US.

With the 2020 Tokyo Olympics looming large and the Japanese government now pushing for 30 million annual tourists to visit the country by then, Spacemarket also wants to provide its venues to inbound visitors. You won’t be denied entrance to the hot springs because you have tattoos if you rent the entire onsen.

What would be your dream venue? What kind of unique event space would you want to rent in Japan?