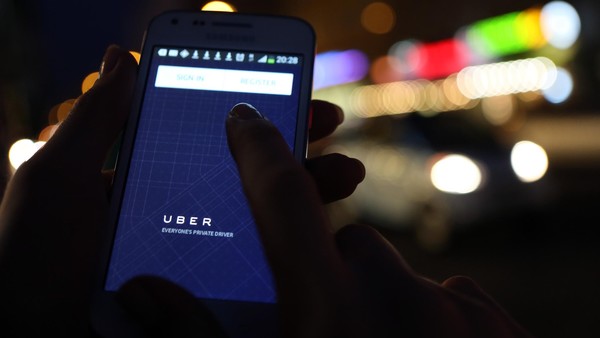 Companies that deliver a truly new service have a strong future

The sharing economy is turning out to be many things. They include: a way to turn more areas of human existence into ad hoc marketplaces; a form of regulatory arbitrage; and an informal economy that facilitates tax evasion.

More than anything, though, it is a disruptive economic form that unleashes new sources of supply. Whether this involves underused assets (private cars, spare bedrooms) or labour (people willing to fill in a few hours as taxi drivers, personal shoppers or couriers), it taps resources that could not be effectively organised before.

In markets exposed to this new force, the effect is likely to be deflationary — to the great benefit of consumers and to the detriment of traditional suppliers.

This is worth bearing in mind as the sharing economy goes through another of its periodic bouts of growing pains. Some artificial advantages that these companies have enjoyed will fall away as regulatory and legal pressures mount, and as their business models converge with those of more traditional businesses. But for companies that have found a way to provide a valuable service by organising supply in a new and more efficient way, the competitive advantages should be lasting.

The detention of two Uber executives in Paris this week, and the order that they and Uber France stand trial later this year, has brought the pressures to the fore in the most dramatic way. Clearly, services such as UberPop, the company’s cut-price ride-sharing service in the country, will not be allowed to continue with lower levels of regulation than traditional taxis.

Similar forces have been playing out less visibly elsewhere. In the US, a spate of sharing economy companies has bowed to the country’s labour laws in a far less confrontational way. In recent days, Shyp, a packing and shipping service, and Instacart, a grocery delivery company, have moved to turn informal contract workers into full-time employees. They join others including Munchery, for home-delivered meals, and Hello Alfred, for managing all these other new “on-demand” services, which made the same move last year.

Such companies have put a brave face on the change, saying it will mean they can deliver better service since they will be freer to train and supervise their workers. But the reality is that, had they continued to treat them as contractors and been found to break the law, they would have faced large bills for back taxes, potentially putting their entire businesses at risk.

Developments such as these will leave sharing economy companies, for better or worse, looking far more like other types of business. Rather than simple two-sided marketplaces that match people looking for a service with others willing to supply it, they will take on much more of the responsibility for the delivery of their services, hiring workers and financing assets in the process.

For some, most of the claimed advantages of the sharing economy will evaporate. Life will be most challenging for those that operate in the on-demand economy, employing low-wage workforces to deliver local services.

Their main advantage will rest in being able to aggregate many small orders over smartphones, and using mobile and cloud technologies to streamline the delivery of their services. But barriers to entry here are low. They will also remain essentially local businesses, struggling to establish the network effects that turn online platforms into real money-spinners.

But for the truly disruptive, the evolution of the sharing economy into something more mainstream should do little to undermine their long-term potential. Costs will certainly rise. Besides complying with more regulations, they will need to take on more of the responsibility for maintaining a high level of service.

That will mean preventing the bad stuff, such as fighting fraud or providing insurance for when things go wrong. It will also mean hiring more people to take over some key aspects of the business. Like all service companies, they also will have to master the hard job of providing a uniformly great experience.

Provided they can survive the political heat, companies such as Uber and Airbnb are founded on the idea that the internet makes it possible to organise large new areas of economic activity. As a way to tap into massive untapped pools of assets and labour, their potential is undiminished.