If You Can Rent It, Why Buy It?

The changing mentality among many of China's youth. Sharing over buying. Join the movement #sharenotbuy #hopsee 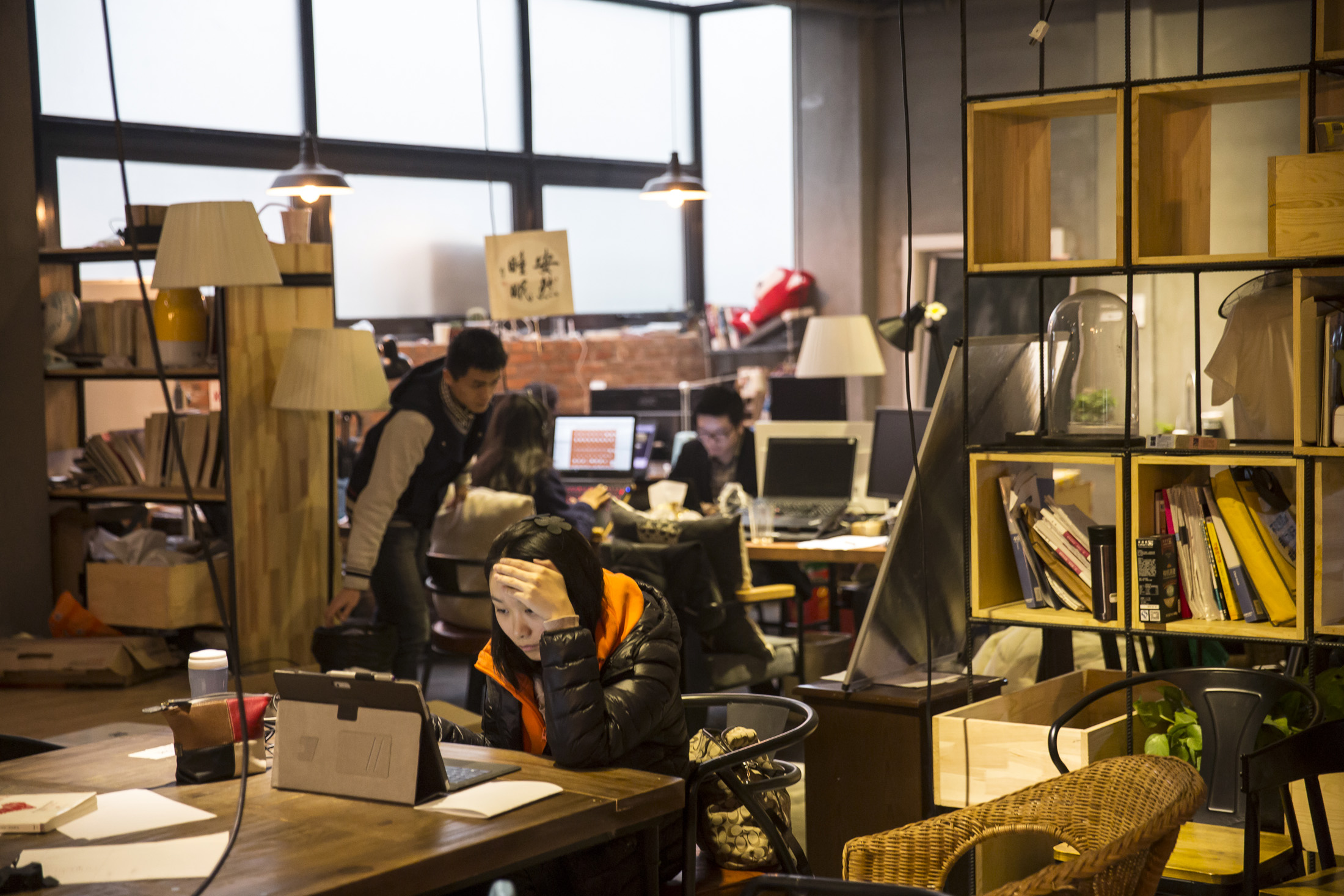 Two decades ago, Tyler Xiong and his parents had to live in a commune guided by the strict socialist teachings of Mao Zedong.

Today Xiong, a 28-year-old tech entrepreneur, voluntarily lives among 500 people in a co-sharing community near Beijing’s Silicon Valley. Xiong has two pairs of shoes and fewer than 10 outfits. He has no use for a car and uses Didi Taxi, a local Uber equivalent.

His philosophy: if you can rent it, why own it. 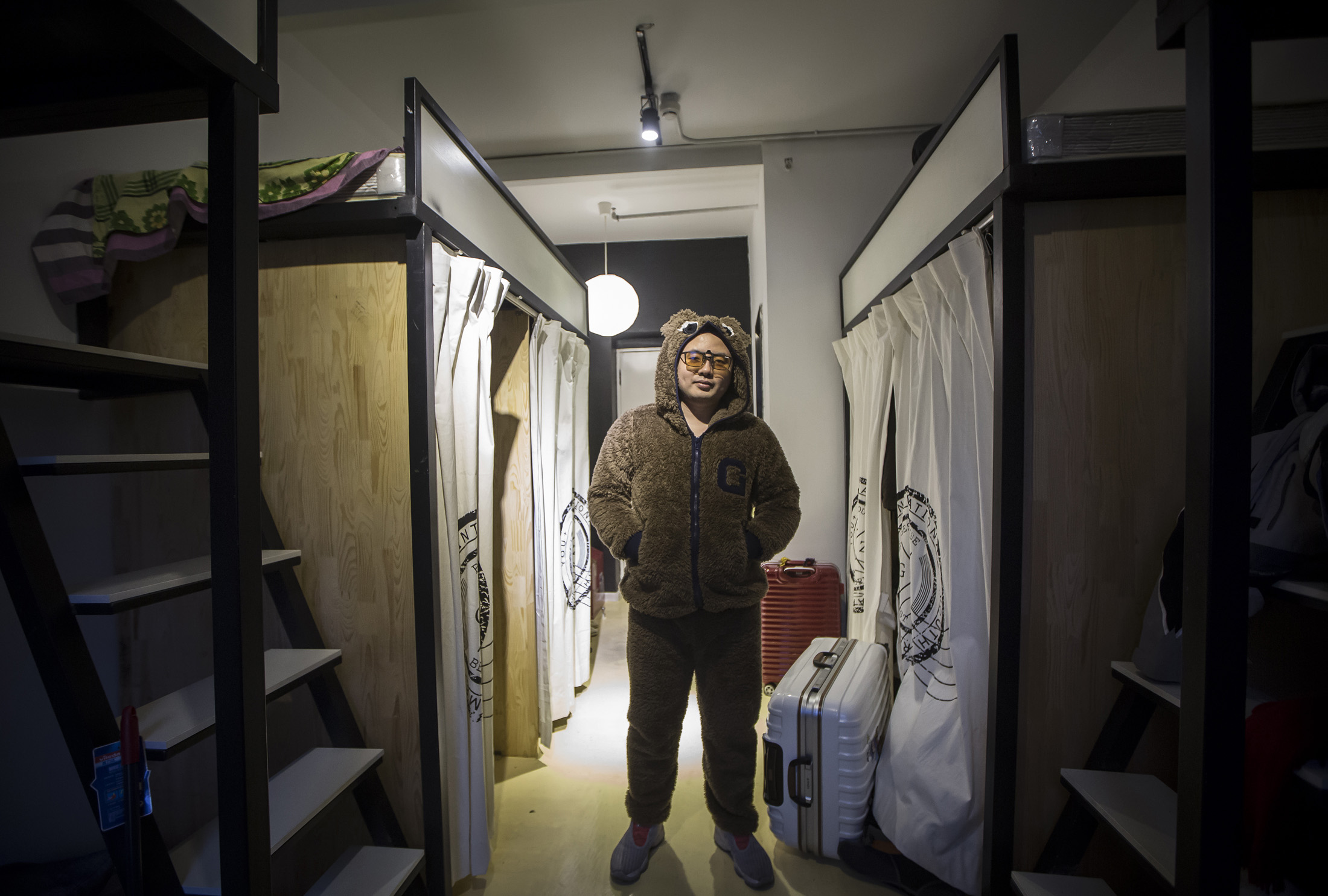 Tyler Xiong wears a teddy bear suit at his You+ pad, which he shares with three employees of his Bitcoin startup

Faced with a widening wealth gap and the slowest economic growth in more than two decades, millions like Xiong find themselves priced out of the big cities and are rejecting the consumer trappings of a modern lifestyle. Instead, they’re embracing the sharing economy to a far greater degree than their Western counterparts. In a recent survey, Nielsen found that 94 percent of Chinese are willing to share, compared with just 43 percent of North Americans, making them by far the most receptive to the concept.

“Capitalism the parent has nurtured this new child, and let it grow and find its new identity.” 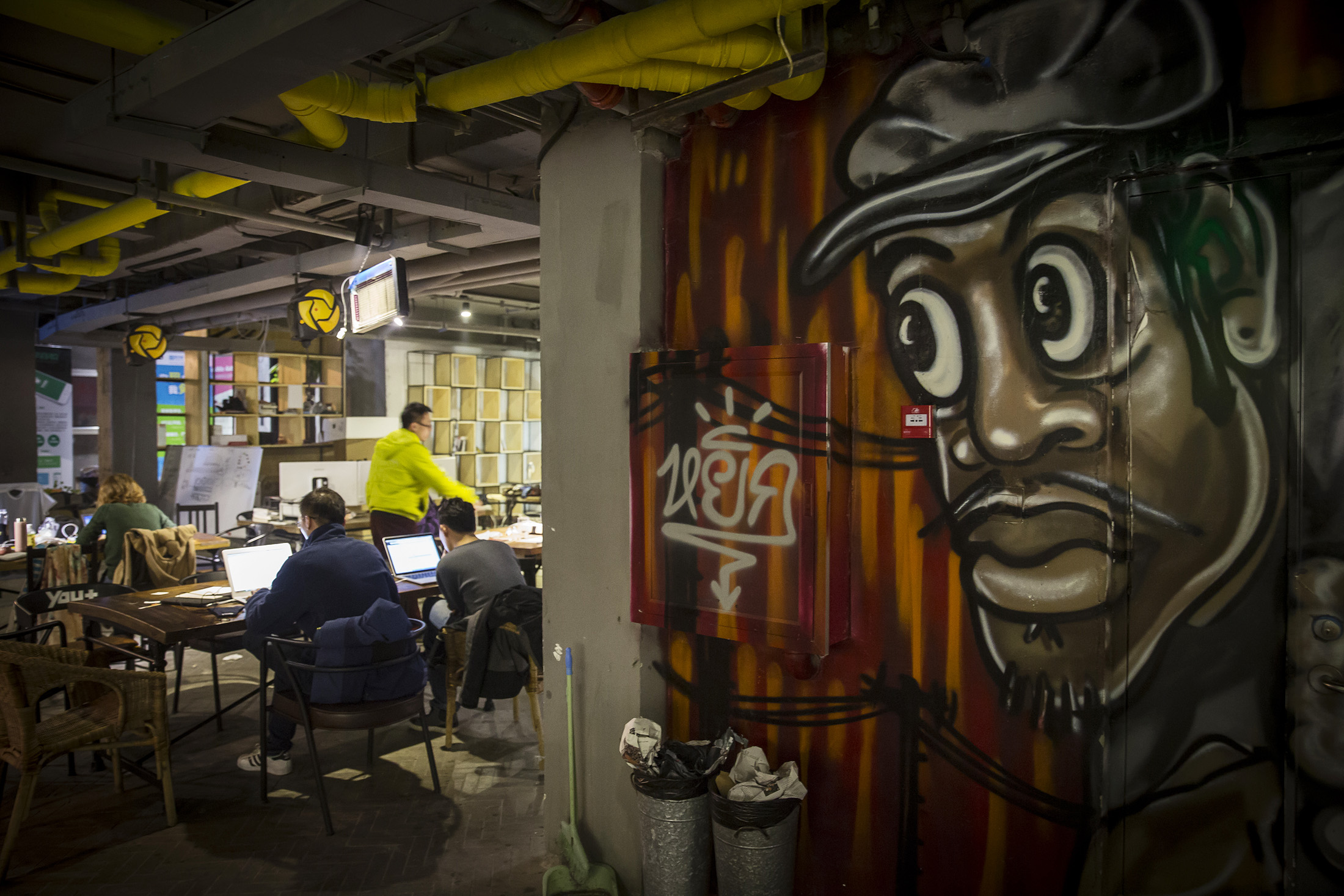 Startup employees at You+ in Beijing

The historical irony of living and working in a shared community is not lost on Xiong, who says: “It’s a bit eerie, because when we were growing up we were forced to reside in state-owned communes. The difference is now I chose to be here and that’s why I’m happy.”

Xiong is one of nearly 5,000 people across China who have moved into co-living spaces called You+, a name meant to inspire young people to infinitely expand their horizons. His community, located in a shuttered school, holds business workshops, helps register companies and is now trying to create a database to match skills and relationships. About 60 startups call the Beijing location home — developing mobile games, services that improve sleep patterns and much more.

You+ echoes a similar movement in the West, where startups with names like Common (U.S.), Nest Copenhagen (Denmark) and Sende (Spain) are selling mostly young urbanites on the co-living lifestyle. Backed by China’s Lei Jun, founder of smartphone giant Xiaomi Corp., the You+ project will by year-end have almost 20 such communities across China, mostly in such big cities as Beijing, Shanghai and Guangzhou.

For as little as about $500 a month, You+ residents gain access to a private room with a bathroom, co-working space that functions as an office, and entertainment facilities including a bar, disco and game room. 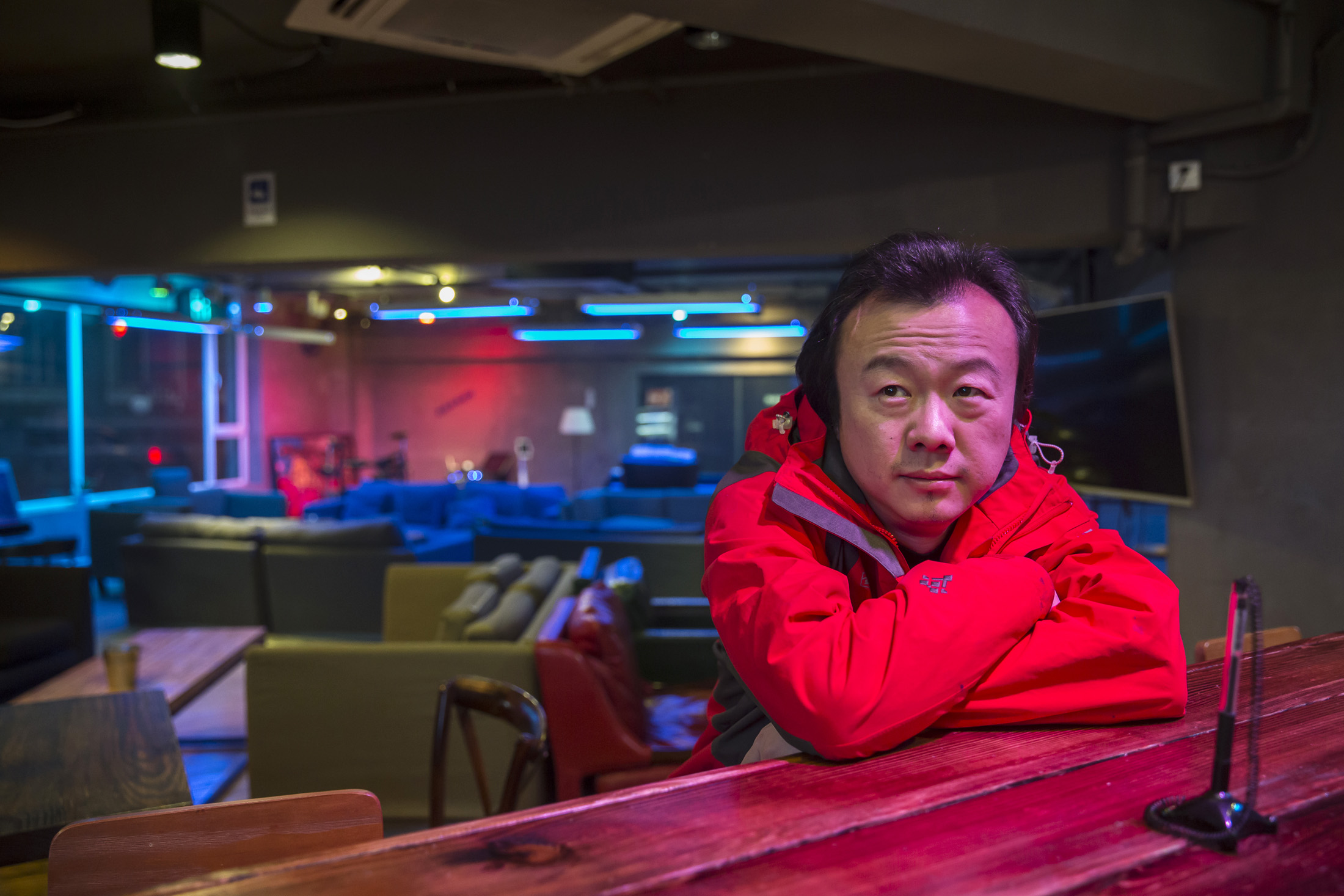 “Instead of working for years at a company to gain some capital, such a place allows young people to experiment with their startup ideas at very low costs,” says Su Di, the 36-year-old You+ co-founder who lives with his wife in the same block as Xiong. “They meet new people, gain new ideas constantly, and that’s why more people are embracing it.”

As Xiong sees it, China’s communal history combined with his generation’s embrace of social and economic change, is driving the rapid growth of the sharing economy — a concept with an unsettled definition but characterized by PricewaterhouseCoopers as a way to make money by renting out underused assets such as a parked car or temporarily vacant apartment. Communal living slots in neatly, Xiong says.

“There’s an element of brain-power sharing when people bounce ideas off of each other in a space like this,” he adds. “In a sense the brain is the underused asset.”

In China’s most recent five-year plan for economic development, officials highlighted the sharing economy as a way to help the county navigate a tricky path from export-led growth to consumption. The sharing economy will generate $335 billion by 2025, up from $15 billion today, according to PWC.

China has no shortage of local champions in this sector. Didi Taxi, Uber’s largest local competitor, is currently valued at about $16.5 billion. Tujia, a local version of Airbnb, joined the $1 billion club in August. Equivalent services for apparel, sports equipment and even pets are popping up all over the country. 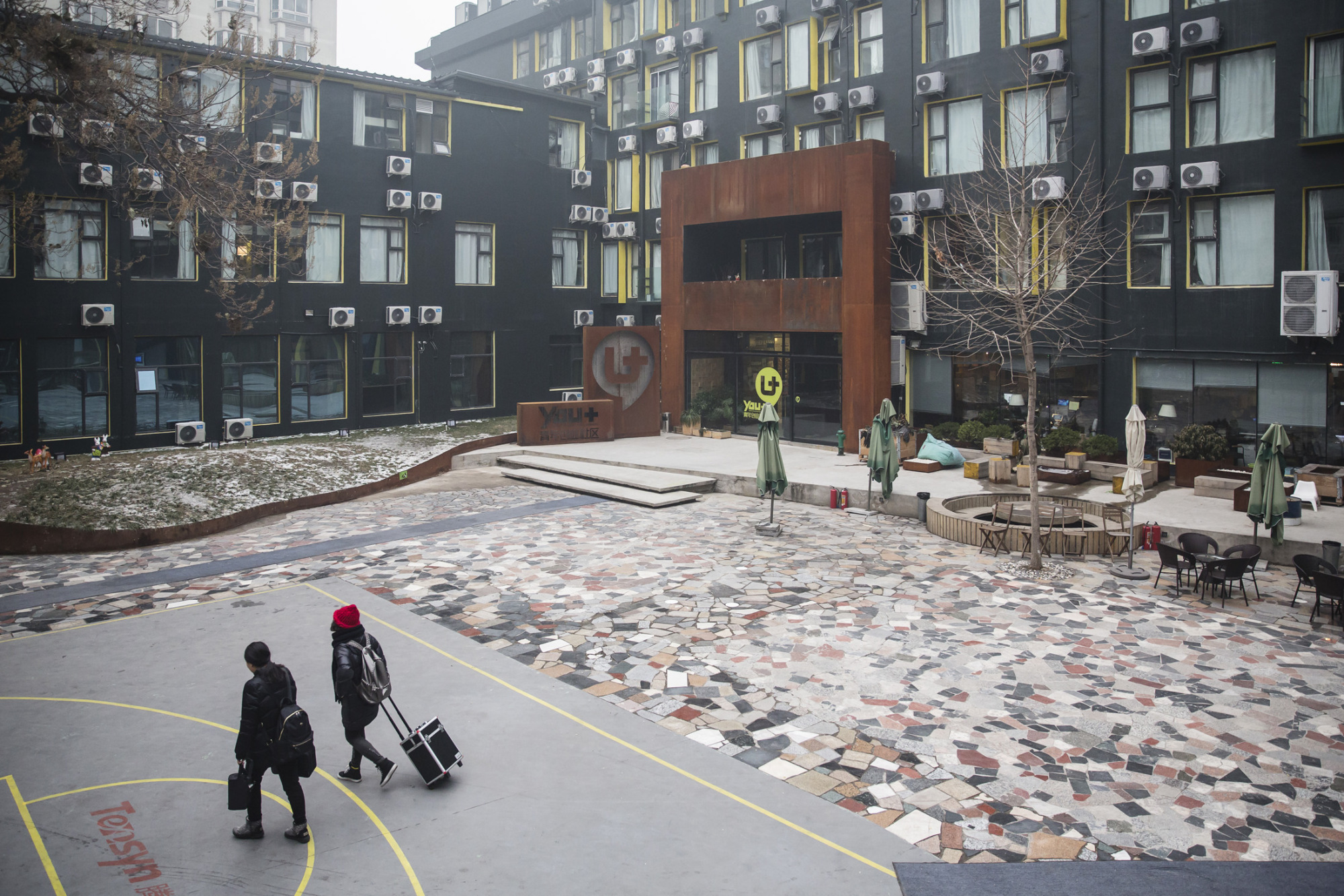 The courtyard at Beijing You+ location, formerly a school

“The sharing economy is a new economic system that is entering the world stage,” says Jeremy Rifkin, an economist and author of The Zero Marginal Cost Society. “Capitalism the parent has nurtured this new child, and let it grow and find its new identity.”

Xiong’s own evolution reflects a generational shift in attitudes toward wealth, social status and well-being. During China’s go-go years, young men and women flocked to the booming coastal cities and set about acquiring the material possessions their parents never had: apartments, cars, fancy vacations. At first, Xiong was much the same. Growing up in the heartland city of Chongqing, he moved to the coastal province of Jiangsu to study food science and engineering. He became one of the few in his class to land a job at a multinational corporation.

But after two years working in Shanghai as a manager at chewing gum maker Wm Wrigley Jr, Xiong decided the rat race wasn’t for him. He took off to Spain to study Austrian Economics; last year he co-founded a Bitcoin startup in Beijing.

“In the past I would always stay at five-star hotels,” Xiong says. “Now I stay in tiny places, but I don’t think this is necessarily a step back. This doesn’t define your social status.”

These days, he shares a bedroom with three others, each paying about $300 a month. Xiong originally wanted to stay at You+ temporarily but ditched his plans of moving out after becoming good friends with his roommates. The four occasionally rent out one of the spare beds through Airbnb to earn cash and meet new people. 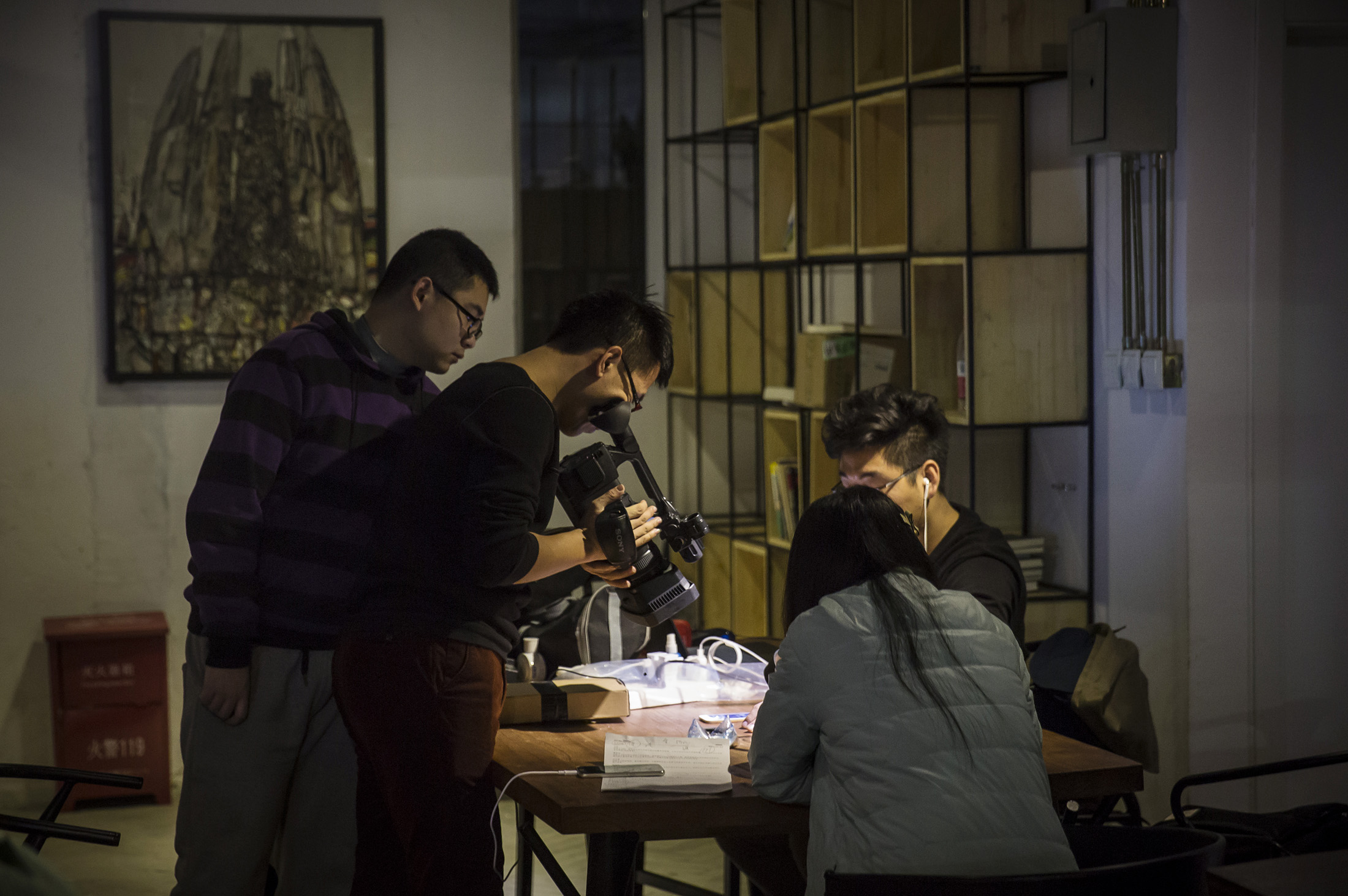 Employee of a startup shoot a video of their products

Despite the fact that his company generated about $3 million worth of Bitcoin last year, his bed is a single mattress on a concrete floor, under a loft bed. He prefers to invest his money back into the startup and the digital currency.

Near the building entrance stands a bulletin board full of pink and yellow post-its looking for service swaps — a back rub in exchange for walking a dog, for example. There are also job postings for the community’s 60-some startups.

“Seeking idealistic coder with passion to change our world,” one shouts. “Not a conformer of existing rules?” another says. “We want you.”

Like any communal arrangement, You+ has rules. Married couples are welcome but kids aren’t allowed because the lifestyle isn’t deemed conducive to raising a family. People over 45 are discouraged, but it’s not a hard and fast rule. Wealth is no bar; the founder of a popular restaurant chain lives in Xiong’s community and hundreds of people occasionally share hot-pot meals.

Residents are expected to cooperate and collaborate. On the door of the public kitchen at the Beijing location is a notice with a QR code inviting residents to join a group via the instant messaging app WeChat. They discuss rules, split costs and divide cleaning duties — without supervision.

Of course, living with other people can seem like fun until conflicts arise. Noisy roommates is a common complaint. That’s why a You+ project in Guangzhou now holds a semi-annual election to pick the most beloved — and unpopular — residents to encourage best behavior.

“This experiment just started,” says Su, the You+ co-founder. “But you can imagine there will be real consequences for people.”

Some say the You+ concept isn’t especially new and compare it to the communal Kibbutzim that sprang up last century in Israel. Xiong says what makes it different from the communes of his parents’ generation is respect for private property and the way technology allows one to share something rather than own it outright. 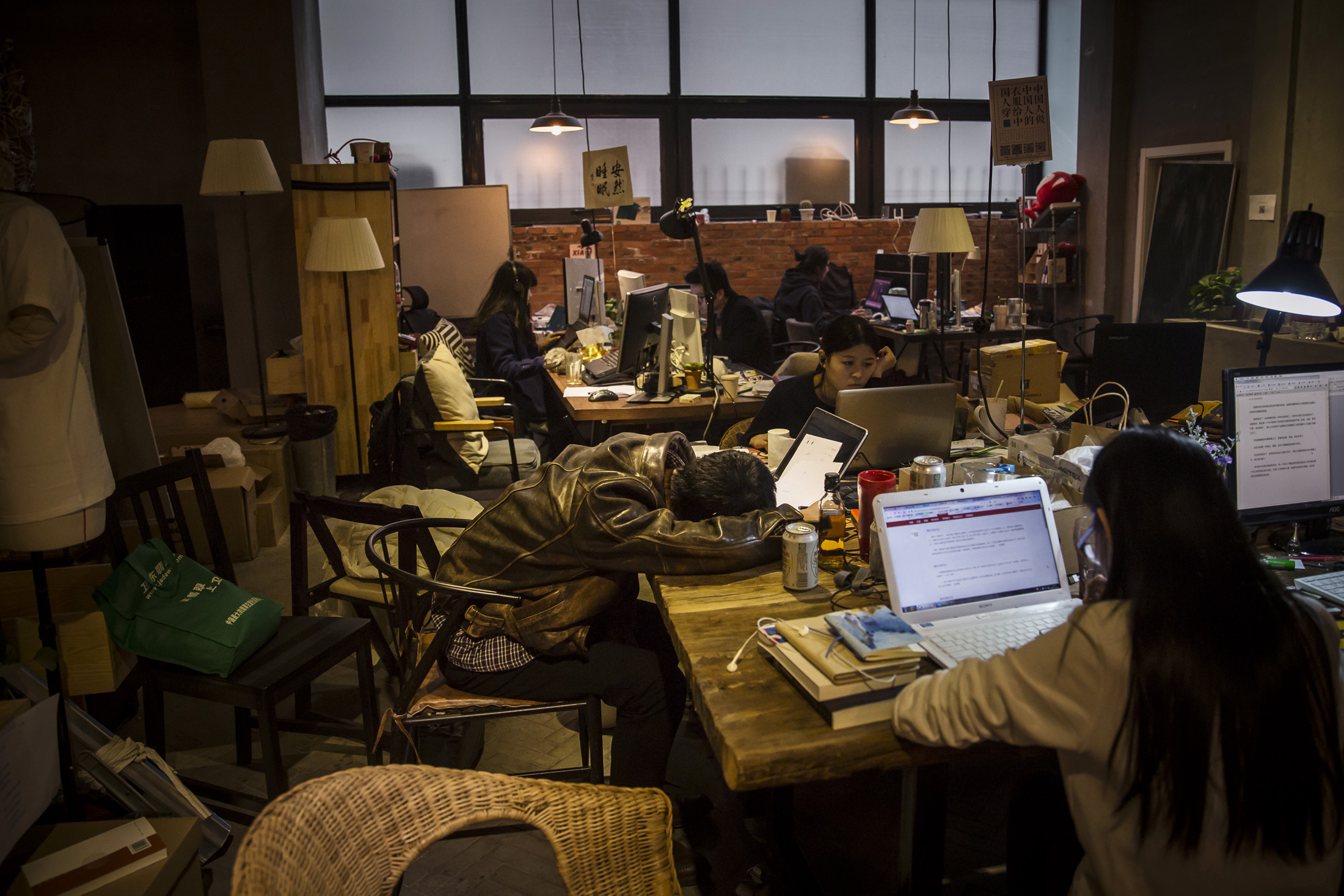