A brief GQ etiquette guide to ride sharing and hooking up. Join the movement #cardate #hopsee 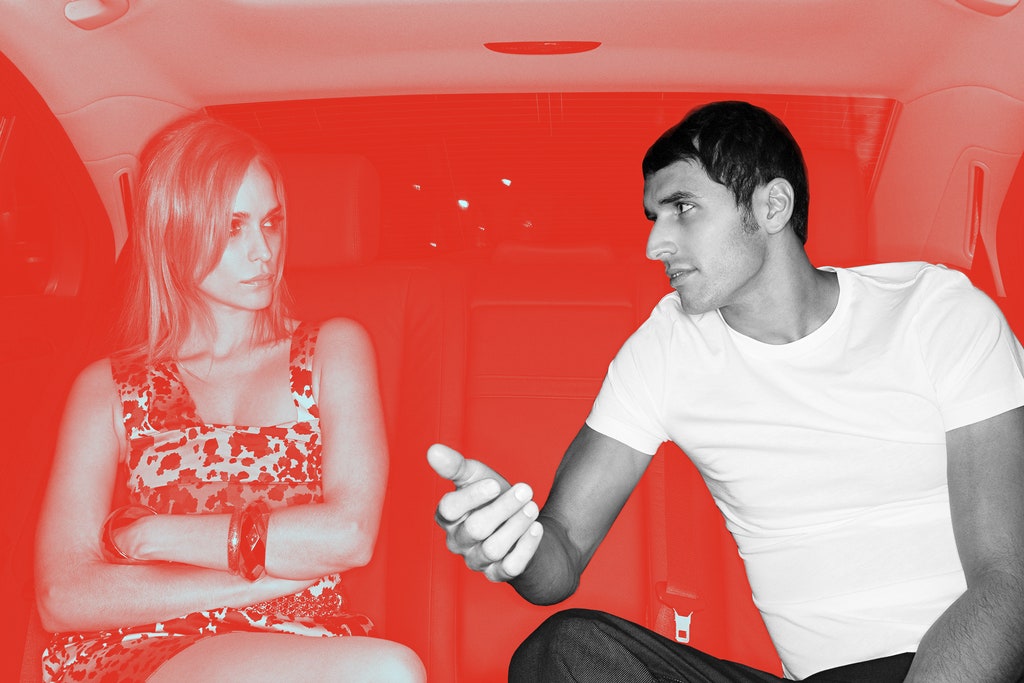 It was a Friday night, and I was headed back to my apartment in Brooklyn after a night out with a friend who lives in Harlem (the very definition of a long-distance relationship), so I decided to take a Lyft. Because I’m just garden-variety lazy, and not Ms. Moneybags, I opted to use the carpool option, Lyft Line, which saves me on an otherwise ridiculously expensive ride by picking up and dropping off a stranger who’s traveling along my route.

Usually, I end up with people who silently stare at their iPhones or foreign tourists who can only say “Hello!” and “Goodbye!” But on this particular Friday night, my driver pulled up to a bar, and in slid a guy I’ll call Rideshare Richard. Over the next 25 minutes, I learned that he was a lawyer, single, lived in Brooklyn Heights, and wanted my phone number. I thought: Can I say no without this being weird? And then: Is he going to kill me? He knows where I live! Then I realized that, unlike 98% of my Tinder matches, Richard was employed, normal-seeming, and attractive—so I said yes.

Not only am I still alive to tell you this story, but since that night I’ve heard more stories of rideshares turning into connections. Drivers have witnessed the phenomenon. And my friend Rob admits to using rideshares as four-wheeled yentas. Which proves my theory that of all the dating apps on your phone, Lyft and Uber might be the best. You get all the randomness of a night out at the bar, with the safety net of a finite ride in case things go wrong.

Of course, there are wrong ways and right ways to do the Pickup Hookup. It can easily veer from modern meet-cute to meet-creepy. Here’s a little advice for doing it the right way:

Rideshare-seating politics are murky no matter what—if a stranger is in the backseat, ask if you can join them. It’s an easy gauge of their receptiveness and lets them know that you’re not a sociopath determined to violate personal boundaries. Nice! Maybe it’s not the right time to lay game if your rideshare buddy is clearly drunk, on the way to a big meeting, dressed for a date, napping, crying, has been crying, or looks as if he or she might soon cry. Fellow rider’s face buried in a book, phone, or dog-eared, month-old copy of Us Weekly from the pocket behind the driver’s seat? Test out the vibe with a simple “How’s your day?” If you get a monosyllable or an icy stare, fall back. If you want an easy icebreaker, kick up a conversation that includes both the driver and your co-rider. Basically, treat your driver as your wingman. Don’t forget to five-star him or her for the effort. If the vibes are strong and you’re headed to some cool party or weird [morning rave](http://www.gq.com/story/morning-raves), go ahead and extend a relaxed invitation. But even if all goes well, never get out at the other person’s stop without an explicit invite. “Oh, so you live at 217 Grand Street?” sounds suspiciously like “Oh, it’ll be nice to wear your skin.” Airplane rules apply here. It broadcasts “boyfriend material.” Or at the very least, “I want your phone to stay charged long enough to give you my number.”